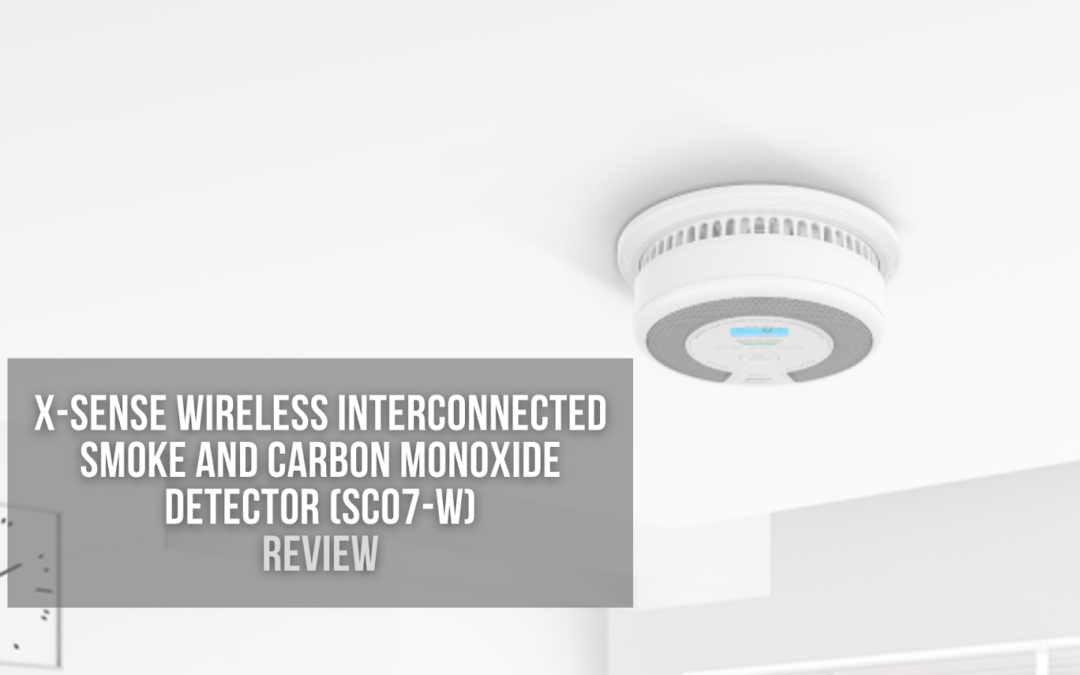 According to the National Fire Protection Association (NFPA), having smoke alarms can reduce your chances of dying in a house fire by 55%, which I think are pretty good odds if you ask me.

Despite the show of odds, smoke detectors don’t still seem to get prioritized the same way most people do with their home security systems, which can lead to a serious error in times of dire emergencies. Especially for something so crucial to house and personal safety.

According to Underwriters Laboratories, which conducts some of the major fire safety testings in the US, you have around 17 minutes to flee a home fire. But that was thirty years ago. Today, it’s about two minutes.

That’s because home fires can spread much faster now due to the significant amount of synthetic material we use in our modern furnishings and structures.

However, a smoke detector that is both reliable and effective can swiftly notify you and your family, allowing you to flee to safety before the fire worsens in your household.

With that being said, let’s take a look a closer look at the X-Sense Wireless Interconnected Smoke and Carbon Monoxide Detector (SC07-W) and see if this is a smoke detector worth installing in your home.

If you’d like to find out more about our review, just keep scrolling to continue reading.

X-Sense is no stranger when it comes to the smoke alarm and carbon monoxide detector industry. They have been at it for years now and they have consistently released smoke alarms and detectors that are very effective and reliable for any home.

According to them, X-Sense is the leading global provider of products, services, and integrated solutions in the field of home safety. They’re only mission is to provide safety for every home and family.

That’s why for today, we’ll be checking out whether their Wireless Interconnected Smoke and Carbon Monoxide Detector or the SC07-W for short is something worth investing in.

So what exactly does the SC07-W have in store for us?

Following the footsteps of its predecessors but with significant upgrades of its own, the SC07-W is equipped with both photoelectric and electrochemical carbon monoxide (CO) sensors that work independently of each other.

Moreover, the SC07-W is also well-equipped with LED lights that each show different statuses as well as a convenient sound notification for a clearer warning within your home in case a fire starts or there’s a carbon monoxide leak in your household.

This way, you’ll be alerted immediately and can react quickly to flee to safety or prevent such a disaster from happening or getting worse.

Furthermore, the SC07-W is also resistant to false alarms. By capturing three different smoke samples from the surrounding air, the X-Sense combined smoke and CO detector has been rebuilt from the inside out to ensure that smoke triggers the alarm instead of other interferences.

Complete detection with no blind spots is ensured by a 360° ring of air intake. So there will be no need to panic in case of false situations.

The SC07-W will instantly notify you when dangerous smoke or CO concentration is detected while minimizing false alarms so you can react properly.

Where Can I Buy The X-Sense Wireless Interconnected Smoke & Carbon Monoxide Detector (SC07-W)?

The most typical smoke detector design is a round white plastic container with as few distinguishing features as possible to avoid drawing attention to itself when installed on the ceiling. The SC07-W is no different in this matter.

I’m aware that certain smart smoke detectors have sported more bold or eye-catching designs, in this respect, and you’ll see several examples of them when browsing for a smoke and CO alarm on your next trip to the store.

However, the SC07-W is still pretty minimalistic in terms of design. Each alarm is housed in a white circular plastic casing that’s completely heat-resistant in a very compact sizing.

Except for the speakers that are facing forward and the properly-sized LED indicator that tells you the status of your surroundings, the SC07-W still preserve a low profile for the most part and shouldn’t disrupt the structure and interior of your home.

The model’s LED/LCD indicator is also extremely informative and easy to see. It provides for simple viewing of carbon monoxide levels ranging from 30 to 999 ppm (parts per million), as well as information to assist you in determining what action to take.

The LED lights are also color-coded to let you know whether your surroundings are safe or if you should pack up and depart for safety.

A red LED means danger, while the yellow LED denotes a fault or low battery, and the green LED means everything is safe and in proper operation. With flashing LEDs and a loud 85 dB alarm, the SC07-W also provides early warnings for you and your family.

You can also check out the product preview video of the SC07-W Here.

The setup and installation for the SC07-W are actually fairly easy.

All you have to do is choose the proper location to place your smoke alarm, drill a couple of holes in the ceiling or wall, attach the bracket with the included screws, and rotate the smoke detector into the bracket (clockwise motion). And voila! You now have a functioning smoke and CO alarm in your house. You don’t need to plug in any wires or anything else.

However, the location of your alarm must be carefully chosen. Otherwise, you may receive a large number of false alarms. Trust me, you don’t want it to happen to you, especially at night when you’re sleeping. Not to mention the disgruntled neighbors you risk disturbing in case of a false alarm.

The SC07-W, like other X-Sense Link wireless interlinked alarms, has a built-in RF module that allows you to wirelessly connect two or more interconnected alarms to form an interlinked network. All linked alarms will ring if one unit is triggered.

In addition to that, the SC07-W is also designed to work in conjunction with other X-Sense Link alarms through wireless communication. It is not, however, meant to interact with other manufacturers’ wireless interconnected alarms.

When calculating the number of units in a linked network, this smoke/CO combo alarm must be classified as a smoke alarm. Even with 18 interconnected alarms, a total of 6 remote signaling devices and/or relay modules can be added.

Fortunately for you, the alarms in one multi-pack of X-Sense SC07-W wireless interlinked alarms have already been networked, and each multi-pack has its own separate interlinked network.

The alarm will beep once if you press the test/silence button four times. Then press and hold the button until it beeps again to disconnect. You can also opt to reconnect the alarm to the same network or added to a new network after being disconnected.

Where Can I Buy The X-Sense Wireless Interconnected Smoke & Carbon Monoxide Detector (SC07-W)?

One of the most useful things about the SC07-W is that it has different alarm modes that will tell you what you’re dealing with so you know what your next move will be.

When one of the alarms is triggered by CO in the interconnected network, the SC07-W will beep four times every 5.8 seconds, with the LED flashing red. The other interconnected units will then beep four times every 5.8 seconds, accompanied by a red LED that flashes four times initially, followed by a green LED that flashes once with each beep. The alert will turn off when the CO concentration falls below the alarm threshold.

Overall, the X-Sense SC07-W Wireless Interconnected Smoke and Carbon Monoxide Detector is a great addition to any home to ensure the safety of your house, yourself and your family. This particular smoke alarm is reliable, compact, easy to use, and has a 10-year battery life. So you know you’re definitely getting your money’s worth with this device.