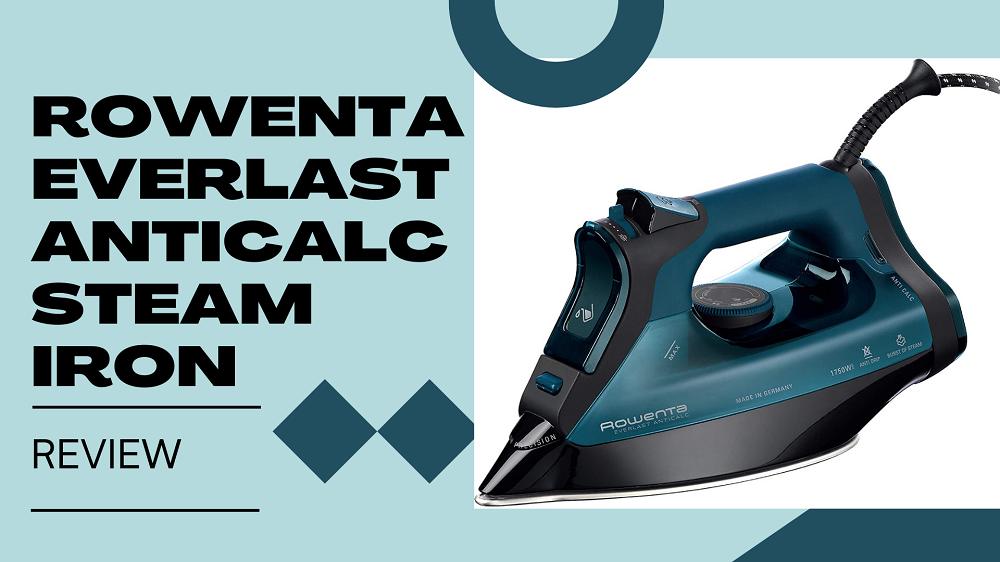 Instead of spending a significant amount of time per week washing and drying our clothing, we now have amazing devices that do it for us. In the field of ironing, though, there hasn’t been such a development. Older irons had a simplistic style that was almost indistinguishable from the ones we have now.

They were heated iron parts with a handle that you used to go over your clothing. Wrinkle-free fabrics are also a must, and there are many health advantages of doing so. Ironing, on the other hand, is very tedious. Thankfully, there is one thing that could make the task easier: a steam iron.

What is Steam Irons?

With the invention of steam irons, it has become much easier to achieve a completely crisp press with minimal effort. But, let’s see how steam irons work.

We all know that an iron transforms electrical energy into heat energy, so the principle is pretty basic. Electricity is transferred into a special coil of steam irons, which heats up and sends much of the heat to the iron’s soleplate.

Water from the water tank drips onto the plate when it is fully wet, producing steam. This steam is then projected outwards, softening the fabric’s fabrics for a flawless finish.

The Rowenta DW7180 Everlast Steam Iron could be your ultimate iron. Did you know that 85 % of the United States has hard water? Although the minerals are harmless to your wellbeing, they can cause considerable mineral deposits in and around kitchen appliances.

In order to combat the scale-building process in the DW7180, the company developed a proprietary technology known as the Anti-calc mechanism, which aids in limescale defense.

This steam iron combines the effectiveness of a top-of-the-line steam iron with the ability to trap limescale pieces in its patented calc collector to achieve flawless ironing performance time after time.

How Does AntiCalc Work In Rowenta Steam Iron?

This model has a self-cleaning function that extends the life of the unit. Large pieces of calcium are captured by the Anti-Calc system, which works in tandem with the Self Clean function. It flushes small calcium particles through the soleplate’s tiny holes and enables the iron to maintain a high level of steam production over time.

The Everlast generates a whopping 29 grams of steam per minute. However, there are several other brands on the market that have higher grams per minute.

Everlast has the upper hand because of the combination of this development with a higher quality soleplate with steam holes and a powerful burst of steam utility that puts Everlast ahead of the competition.

When you use the Everlast, there would be no need for extra capacity.

The DW7180 Everlast has a detachable patented scale collector at the back of the iron that keeps the steam output at a high level for consistent results. Limescale is collected instantly in the easy-to-empty disposable tube (1 teaspoon per 3 months on average, based on water hardness).

Recommended for You: Best Steam Cleaners For Mattresses | Powerful Models For Bed Bugs

Soleplate made of Patented stainless steel

Thanks to its patented 400 micro steam holes, this soleplate not only produces even steam distribution but also provides a cleaner glide over all fabrics. Its high-precision tip is ideal for reaching hard-to-reach areas such as between buttons and around seams.

It is vital for the iron to maintain a steady heat level in order to keep water from dripping. This is only possible if the iron generates sufficiently constant heat and strength. When ironing, the DW7180 Everlast Steam Iron can easily and reliably generate enough heat to avoid dripping and spitting.

On several features, Everlast exceeds all of its rivals in the industry. One of them is the stainless steel soleplate, which offers excellent gliding. The micro steam has 400 holes and can produce 180g/min of steam in a blast.

Another feature that sets Everlast apart from the competition is its capacity to reduce wrinkles. Also, the most demanding users would be pleased with Everlast’s efficiency.

Since safety is a top priority for the manufacturer, their steam irons have a 3-way smart auto-off mechanism that reduces the chance of accidents. In the event that you leave the iron unattended, this technology provides peace of mind.

If left in a vertical state for 8 minutes, and 30 seconds if left unsupervised on its soleplate or flipped over, the Everlast DW7180 automatically turns off after 8 minutes of inactivity.

For easier viewing, the thermostat knob is placed just under the ergonomic handle. It gives an accurate reading for all fabric environments.

The 1750 watts power in the DW7180 Everlast contribute to its overall efficiency. The 1750 watts of power allow the iron to heat up and generate steam faster, resulting in a powerful shot of steam that effectively removes wrinkles from tough fabrics.

The Everlast design is really user-friendly. A dial on the body makes it simple to control the temperature defined by fabric design. Users can monitor the steam output from the crest of the handle.

The handle is also comfortable. Users can conveniently control the misting buttons and the blast of steam with a quick press.

A yellow light on the side indicates the temperature of the soleplate, which has a sharp nose and a long base. Users can glide over any garment with enough dexterity, and the soleplate’s high-precision tip makes it easy to get into pleats, between buttons, and along seams.

There’s even a built-in funnel that serves as a water reservoir on the Rowenta Everlast AntiCalc Iron. The water tank can be easily filled by simply turning on the faucet. There is a risk here! When using the Everlast’s blast of the steam button at the lower temperature, there’s a chance the water will spill.

This is true of a large number of irons on the market. Even so, using the steam button’s burst mode at a lower temperature is not recommended.

What We Don’t Like About Rowenta DW7180 AntiCalc Iron

Rowenta irons are a well-known and widely recognized brand, and if you buy one, you own a fantastic iron. While learning how to use a Rowenta steamer is straightforward, cleaning it can be challenging if you are unfamiliar with the method. We’ll show you how to clean a Rowenta iron by walking you through the motions.

Baking soda is an excellent washing solution. Baking soda is a slightly abrasive solvent that can be used to scrape mineral deposits and scaling off surfaces.

If this procedure does not work for you, you should also try cleaning your iron with toothpaste. It will help in the removal of stubborn grime.

The purpose of the Rowenta Everlast AntiCalc Iron is obvious from the above review: to solve the issue of limescale build-up caused by hard water. Even the strongest steam irons lack this one-of-a-kind feature that protects against limescale build-up.

If you’ve ever had an issue with your steam irons, this Rowenta one is worth considering. It’s pricey, but it has enough features to make ironing smoother and faster while still producing crisp results.